Last night I did not have the energy to write a single word after my 10 hour bus ride and a day with my temporary, but sweet roomie on the beach and a fair walk to the lighthouse to watch the sunset. A pretty good day which we of course finished with a nice meal on John’s.
I must have been really tired. Apparently my roomie was still speaking to me when she heard some heavy breathing. Oh, dear :$

Just before I took the bus to Byron I had me some Banana bread and a Chai latte to survive the last bit of the ride. I was so glad this coffee corner at the transit was open this early. I would have kissed the girl behind the counter if that wouldn’t be weird. My belly couldn’t be happier! ‘GET INTO MY BELLY!’ 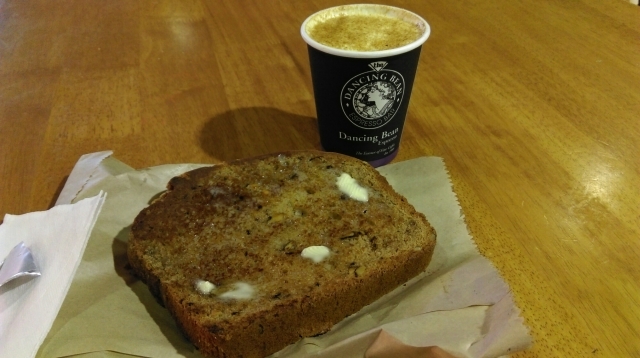 Finally in the room after a couple of hours I met a girl from Belgium who was about to surf. Since it was better for me not to fall asleep and I had nothing else to do I loved to come with her.
While she was trying to ride the waves I parked my butt in the warm sand of the beach, just resting it out. Seen lot’s of kiters which was pretty cool to watch! 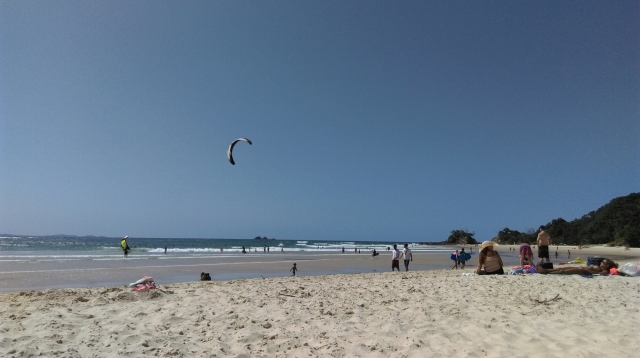 After a nice shower we took off for a walk to the lighthouse of Byron Bay. It’s said to be the most eastern point of Australia! Besides that we thought it was a great idea to go around sundown. Though it was cloudy I say it was a beautiful view. 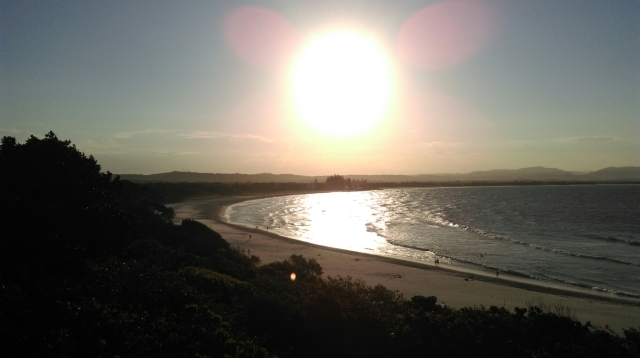 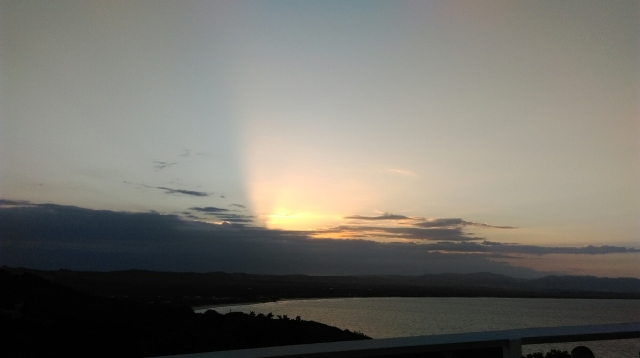 All that walking up and down the cape made us really hungry though and so after some searching we decided to sit down at Miss Margarita where my heavy breathing occurred as well, cause oh my. Look at that pulled pork burrito! *drooool.
It was absolutely massive and so good Filled with rice, black beans, pulled pork and cheese and lots of veggies. 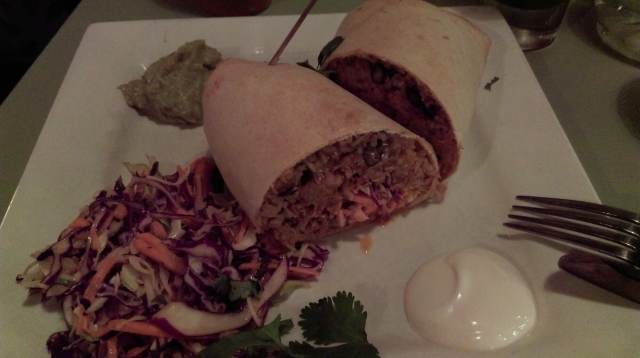 Nyes, nyes 🙂 I was content. Keeping this one in mind if I’m going to make burritos myself!
Hehe, yeah, you cannot blame me for sleeping in afterwards. That after dinner dip!

As for today I had a slow start. Waking up a bit late I had missed surfing class. No worries though! I’m gonna get my first lesson ever tomorrow with discount, lucky me! So excited, I’ve never done surfing before 😮 Missing the on today meant I had a lot of time too and so I went to the main street and couldn’t help but to buy myself new a new swimming top and shorts. Thus far I’ve only been window shopping and drawing sad lips when looking at all that super cool swimwear. So today I allowed myself to go on a spree, yeeh.
They make me feel a bit sporty, which makes me want to work out (‘: Maybe if I wear my fitness outfit when I’m having a hard time going to the gym it helps me getting me out the door. Worth trying! 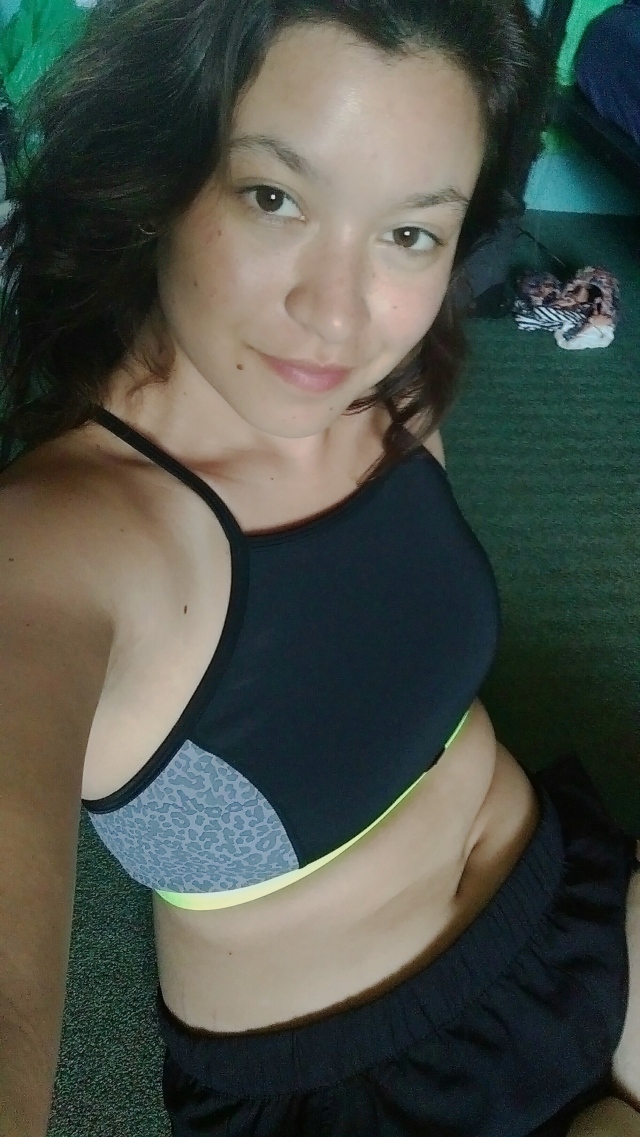 See you #ontheblog or until I (n)ever(?) change my